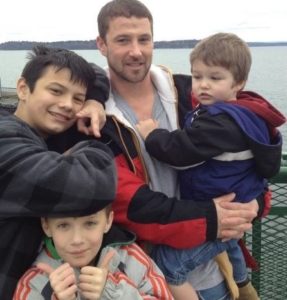 Recently there has been a lot of media[1] attention accompanied by moral outrage about the federal zero-tolerance policy,[2] which incorporated a practice of forced child-parent separations at our southwest border. Although this practice appears to have been suspended by the current president’s executive order, prospects for reunification of these children with their parents remains unclear.[3] Unfortunately, the practice of forcibly removing children from their parents, particularly from poor parents is not new;[4] it is a long-standing American practice.[5] Juvenile courts and the state laws that created them continue to use forced child-parent separation as a tool for coercing compliance, albeit under the stated aim of rehabilitating the child or rehabilitating the child’s parents.[6]

As noted recently by national media attention on the treatment of migrant families, the harms caused to the children are lifelong and irreparable.[7] When last studied, over 80% of people incarcerated at Washington State Department of Corrections (DOC) were parents of minor children.[8] Every unnecessary or excessive confinement of a parent has serious and lifelong consequences for that parent and their child(ren).[9] There remains a public misconception about how these separations occur in our criminal courts and what impact the separations have on our clients and their children.[10] For example, when we incarcerate parents of minor children before they are convicted, we forcibly separate children from their parents. And, once separated, the parents may not always regain custody of their child, even if they are never found to be unfit.[11]

IPP will continue assisting indigent defenders in reducing and eliminating the impact of forced child-parent separation in their own practice. And we hope that the recent attention to this issue will serve as a reminder that how we (indigent defenders) address the parenting needs of our clients is as important to them and their children as what legal outcomes are achieved in their cases. Consider the power story-telling has had on the treatment of migrant families when advocating against cash or monetary bail conditions pretrial, or against alternatives to confinement which don’t keep children with their parents.   Remember that child-parent reunifications is the #1 predictor of successful reentry.[12]   Use the social science and media attention to educate judicial officers and prosecutors about the social and emotional harms to children associated with forced separations and create more just, safer solutions in your cases.[13]    Most of all, keep fighting the good fight to keep families together.

https://www.aclu.org/cases/ms-l-v-ice;  At least 3 tender age shelters set up for child migrants, which can be found online at:https://apnews.com/dc0c9a5134d14862ba7c7ad9a811160e?via=newsletter&source=CSAMedition

[2] ABA’s Background on Separation of Families and Prosecution of Migrants at the Southwest Border, June 8, 2018, which can be found online at: https://www.americanbar.org/content/dam/aba/administrative/immigration/Background%20on%20Separation%20of%20Families%206-19-18.authcheckdam.pdf.

[3] https://www.whitehouse.gov/presidential-actions/affording-congress-opportunity-address-family-separation/.  See also Trump Retreats on Separating Families, but Thousands May Remain Apart, which can be found online at: https://www.nytimes.com/2018/06/20/us/politics/trump-immigration-children-executive-order.html

[5] The Long History of Child Snatching, which can be found online at: https://www.nytimes.com/2018/06/03/opinion/children-border.html.

[7] Separating kids from parents at the border mirrors “textbook strategy” of domestic abuse, experts say—and causes irreversible, lifelong damage, which can be found online at:

[8] A survey conducted in 2006 found that 15,000 of the 18,000 people incarcerated at WA DOC were parents of minor children. Children and Families of Incarcerated Parents Advisory Committee Annual Report, Report to the Legislature and Governor (2010), 5.  This report online can be found at: https://app.leg.wa.gov/ReportsToTheLegislature/Home/GetPDF?fileName=Children%20and%20Families%20of%20Incarcerated%20Parents%202009_499fc72e-e0e8-4021-b6da-a27bb0f5e063.pdf.   Also note that IPP has requested more recent data about people admitted to WA DOC in the each of the past five years (2012-2017), and the percentage of people who are parents of minor children appear to be higher than the previous study.